Our final stop was Paris, the grandest finale possible to a great trip. We stayed in a hotel for the last leg of the journey. It is situated very close to the Arc De Triomphe built by Napoleon Bonaparte in his rule as dictator over France after the Revolution.

The day after we arrived we walked to the Musée d’Orsay where one can find great works of art by world famous painters like Vincent van Gogh and Monet. The most impressive painting I saw was “Starry Night”, however the most interesting and original thing I saw was a model of the Paris Opera House.  Did you know that the visible stage accounts for only  a third of the actual height of the total stage structure!

After the museum we went on a walking tour of Paris called “Paris under the Nazi Occupation”. An interesting thing I learned was that even the non-rebels would do small acts of defiance like stand up when on a train as it pulled in and out of the George V metro station to show respect to England and the Allies.

The next day we went on two different hop-on hop-off bus tours which gave us great views of the Eiffel Tower and the Arc De Triomphe (pictures below). After the tour we went into the Jewish district of Paris which has the largest Jewish population of any other major city in Europe. So we had to get a falafel to share; they were so good we had to go back and get one each!

For the final day in France we did a market tour in the morning which explained the day of a stall owner. They get up between 2-4 AM to purchase their fresh produce because it is usually all sold out by 6:00 AM.  After that they set up their stalls for customers who start coming as early as  7AM. We also went to the best chocolatier and the best fromagerie, needless to say they were both fantastic.

After the tour we walked back to our hotel, picking up a picnic dinner from Marks & Spencer’s for while we pack. I have had the trip of a lifetime, seeing world famous buildings and eating at world famous restaurants. I thank my parents so much for this great opportunity. Thank you for supporting my blog, see you on my next trip! 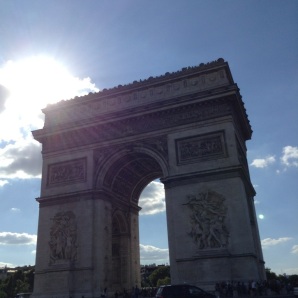 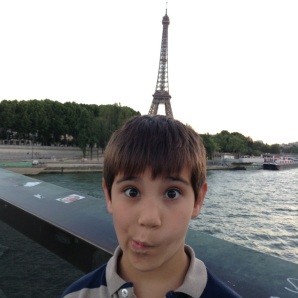 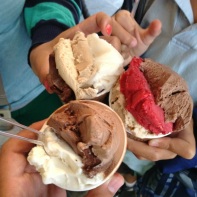 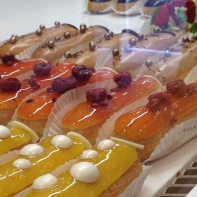 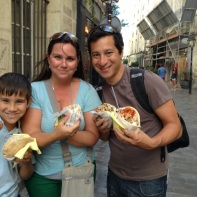 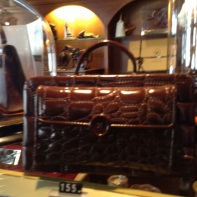 A purse made completely made out of chocolate. 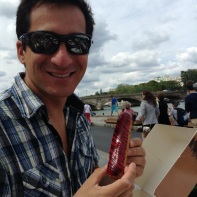 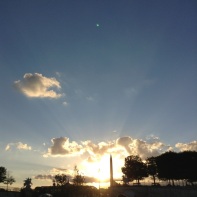 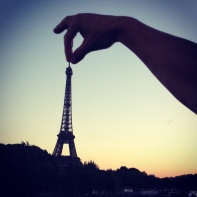 My dad holding the Eiffel Tower 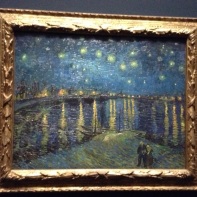 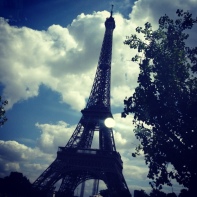